John Hastings knows how to make the most of the Edinburgh Festival; this year he prepares to do another hour long show, a podcast, and a presenter’s job at Late ‘n’ Live. John Hastings is absolutely fantastic, as you’ll know from his performance at Punchline’s second Comedy Gala in Edinburgh, and we strongly recommend catching him at this year’s Festival. As John mulls over a forgotten train ticket, I caught up with him to discuss this year’s Fringe. 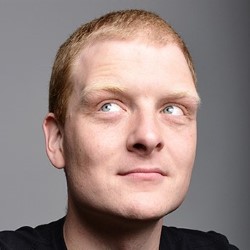 Hello John, how are you?
I am good. Forgot to book a train for something and now I have some excellent self loathing stuff going on.

Are you excited about performing at the Edinburgh Fringe Festival this year?
Very much so. I have a show which is 10 minutes longer than my time slot, so if anything, the people in attendance will get more than their money’s worth.

What have you been doing since last year’s Festival?
Mostly travelling for comedy. I have slept in my own house somewhere in the neighbourhood of 40 times this year, and it has been awesome! I have also forgotten to book many train tickets and honestly I cannot seem to let it go.

How many years have you performed in Edinburgh, and what does the Festival mean to you?
The festival was my first introduction to performance in the United Kingdom. I love it up there – the energy of the city is amazing, as well as the opportunity too, that many people using monuments as toilets is staggering.

Tell us about your new show for 2015 Marked from the Start?
It was supposed to be about a race I lost but, has morphed into a jaunty family tale about your favourite Canadian boy’s journey through the last year. I became a godfather. I will not bring up the train ticket that keeps popping up in this interview.

Tell us about ‘Anything Can Be a Podcast Podcast’.
It’s me in a tiny attic space jawing off the top of my numb skull for an hour. The room is small and hot and the comedy will be big and juicy.

What can the audience enjoy most about your show, and what’s the best reaction you’ve received from an Edinburgh audience?
Any reaction is good from that wall of hate audience up there. Basically it’s this, they have seen 11 shows that day and now they are seeing yours. They are tired, they have to pee and Bill did not buy the right amount of pints for everyone, and you are funny, but they are just happy to be inside. 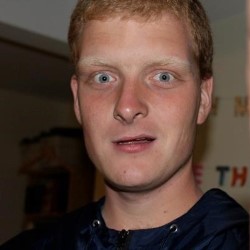 What is the best thing about the Edinburgh Fringe for you?
No train tickets!
Actually I would say it’s the feeling you get after a HORRIBLE show, you think about giving up and then you do a late show or 11 and you build yourself back up. It’s like show biz boot camp.

Will you be involved in any other shows this year?
Yeah, I am doing those two listed above as well as hosting Late ‘n’ Live twice a week!

What other acts do you recommend we catch at this year’s Fringe? Go see Dylan Gott, Chris Betts, Lazy Susan, Phil Wang and David Quirk (who is not coming to the festival but is still awesome).

My blog all about comedy. View more posts